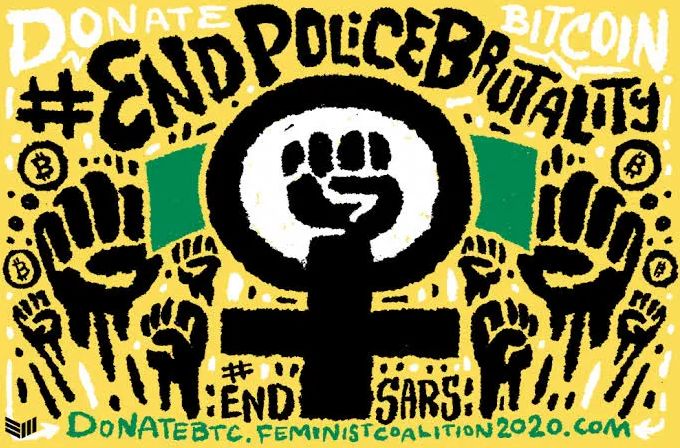 The Bitcoin NGO Guide shows on how NGOs, activists, foundations, governments, and aid organizations can use bitcoin to improve their operations. The guide is written by Leigh Cuen with support from the Human Rights Foundation and published in partnership with the Bitcoin Policy Institute.

It offers concrete examples showing how NGOs, state institutions, and activists use bitcoin around the world and illustrates why and how they do it. It is expected to serve as a useful guide to help grant-makers, civil society groups, independent journalists, and activists understand why they might use bitcoin, and how to do it as safely and efficiently as possible.

Over the past decade, many nonprofit organizations and activist groups from Russia to Nigeria to India to Canada have found both their corporate and personal bank accounts frozen or confiscated for political reasons, often without any search warrant or due process.

Even for humanitarian and civil society workers that don’t attract legal scrutiny or censorship, banking fees, bureaucracy, and a lack of access to regulated fintech products can impede the movement of funds in a community’s most crucial hour. That’s why a growing variety of NGOs use bitcoin as a tool for fundraising, grant distribution, and money management.

In November 2020, the Nigerian government froze at least 20 bank accounts linked with anti-police brutality protests. Meanwhile Nigerian software developer Ire Aderinokun, one of the organizers behind the activist group Feminist Coalition, said several of the donors to her grassroots movements also found their banking access restricted after charitable wire transfers. These repercussions may have been an example of banks preemptively over-complying to avoid hassle, rather than receiving specific legal orders to restrict activist donors.

Regardless of why the donor bank accounts were compromised, this created fear among protestors and activists. Feminist Coalition continued using the organization’s Nigerian bank account, without any problems, but they needed to find other ways for supporters to donate. That’s where bitcoin came in.

“We started out with a regular bitcoin wallet address, then eventually switched to BTCPay server for better privacy. We could turn that option off [when a campaign ended] and more easily manage [BTCPay server], rather than having an address that people could send money to at any time,” Aderinokun said. “We moved to BTCPay to protect the privacy of our donors… people who wanted to send it to our bank account were scared to, but they were more willing to donate pseudonymously with bitcoin. The complete control over our funds and the additional privacy that bitcoin gave us felt much safer for us.”

Accepting bitcoin enabled privacy-protecting donations, both locally and internationally, which dramatically increased the funds the activists were able to raise.

When a volcano erupted in the South Pacific kingdom of Tonga on January 15, 2022, it devastated roughly 80,000 people. In addition to destroying homes and infrastructure like hospitals, roads, and airports, the eruption also severed the local internet cable, leaving the islanders disconnected from the outside world during the worst humanitarian disaster of their lifetime. Tongan politician Lord Fusitu’a, who was in New Zealand receiving medical treatment, quickly called an American friend, the bitcoin-savvy bookkeeper Josh Kimbrow. Together they launched an operation called Airlift Airwaves, to get aid to the island while international aid organizations stalled.

Kimbrow used BlueWallet to create a bitcoin donation address, Github to publicly document the process as they went, and his own bookkeeping business for compliant record-keeping, essentially taking Fusitu’a on as a pro bono client. They used Twitter to raise awareness, raising $50,000 worth of bitcoin in the first 24 hours, enough funds to get started immediately, then up to $125,000 over the following weeks.

In conclusion, it makes sense to use bitcoin as a donation tool when you’re working across borders; when you’re in a situation that requires urgent speed; when you would benefit from low transaction fees; when you are dealing with an underbanked population that doesn’t trust or doesn’t have access to financial service providers; or when you are an activist concerned that the government will freeze or censor your funds.

There are of course challenges to using bitcoin, including the fact that it is a nascent technology with a relatively small user base, and that it is not as private as cash. That being said, educational materials are proliferating in different languages every day, and traveling with a suitcase full of dollars or with cash sewn into one’s clothes is not very practical. It can be much easier and safer to travel with the keys to one’s bitcoin on a mobile wallet, on a hardware wallet, or even memorized in a “brain wallet.”

Andy is a sociologist researcher, as well as an established journalist and blogger from Africa. Since 2019, he started getting to know the African Bitcoin community, and getting actively connected with different Bitcoin related projects and initiatives in Sub Saharan Africa. First-hand access to the growing Bitcoin-only community in the region. Follow him and be sure to contact him if you have a project yourself you would like to be featured. Please, subscribe to our newsletter.