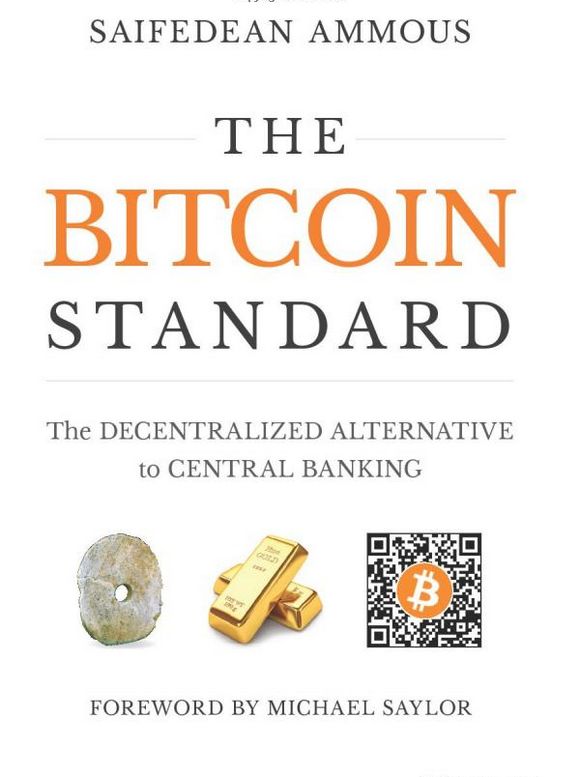 The Bitcoin Standard: The Decentralized Alternative to Central Banking is a book that examines bitcoin’s history and potential future.

The Bitcoin Standard: The Decentralized Alternative to Central Banking is a book by economist and scholar Saifedean Ammous that explores the history and potential future of the digital currency bitcoin. Considered a seminal work on bitcoin, the book argues that bitcoin, as a decentralized and limited form of money, represents a more stable and secure alternative to traditional central banking systems.

The introduction of Bitcoin, as a currency native to the Internet superseding national borders and outside the realm of governmental control, offers an intriguing possibility for the emergence of a new international monetary system….

Ammous delves into the principles of money and value, and how these apply to bitcoin. He also discusses the potential benefits and drawbacks of a bitcoin-based economy, and how it might impact society and politics.

There are several reasons why you might want to read The Bitcoin Standard. Some of the key reasons include:

Its [bitcoin] mere existence is an insurance policy that will remind governments that the last object the establishment could control, namely, the currency, is no longer their monopoly. This gives us, the crowd, an insurance policy against an Orwellian future.

All in all, The Bitcoin Standard is a well-written, thought-provoking book that provides valuable insights into the world of bitcoin. Whether you are a beginner or an expert, it’s a book that is worth reading if you are interested in bitcoin and its potential impact on the world.

The book has been published in 30 languages including Arabic, Brazilian Portuguese, Chinese (traditional), Chinese (simplified), Finnish, French, German,Korean, and Vietnamese. If you are interested in publishing The Bitcoin Standard in your language, contact Konsensus Network.

Money that is easy to produce is no money at all, and easy money does not make a society richer; on the contrary, it makes it poorer by placing all its hard‐earned wealth for sale in exchange for something easy to produce.

There are no reviews yet.

Be the first to review “The Bitcoin Standard” Cancel reply