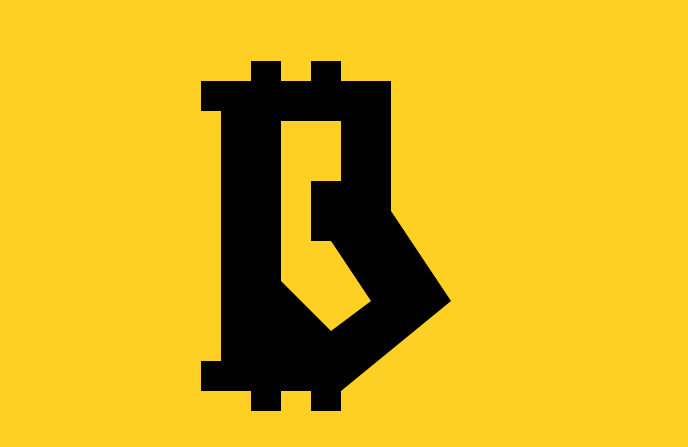 Until recently, the only way I could send or receive Bitcoin in Africa was via my smartphone and an internet connection. This meant that a huge number of potential Bitcoin users in Africa were excluded from the Bitcoin ecosystem because they own low-cost mobile phone.

This is not the case anymore. Machankura, a new technology developed in South Africa, has solved this problem by turning old feature phones into Bitcoin wallets, helping to promote financial inclusion and Bitcoin adoption on the continent.

Basically, Machankura allows you to use the old mobile phone to send, receive and spend Bitcoin via a USSD code. To conduct a Bitcoin transaction, you just need a mobile number or username. An Internet-connected device is not a requirement.

This is a game changer.

Africa has the lowest number of internet connections compared to other regions around the world and smartphones are not yet widespread. Internet access has been one of the barriers to hyperbitcoinization in Africa, particularly in rural areas where internet penetration is low and smartphones are rare.

Machankura, which means money in South African slang, is the brainchild of Kgothatso Ngako, a South African software developer, who is trying to bring the lessons he has learned in technology back to the community and the continent he grew up in. Ngako does not like to call himself “the founder of Machankura”. When we spoke with him about his project, he said he prefers the term “catalyst”.

I would like to accelerate the adoption of the technology I am most interested in. The term “catalyst” best encapsulates this desire (or at least does it in a better fashion than “founder”). Also, I would like to not get burnt out in the process. So using the term catalyst reminds me that I should not burn myself out while trying to fly as close to the sun as possible.

Regarding his motivation for developing the platform, he said, “The main motivation for me is to be able to introduce more Africans to Bitcoin. So I had to find a way to handle the internet barrier, which is prevalent in Africa.”

Before Machankura, Ngako was the catalyst behind Exonumia Africa, an open source African language translations for Bitcoin literature through voluntary community participation.

The most notable Bitcoin project I was a part of is Exonumia Africa, which is a non profit organization creating open source African language translations of Bitcoin literature. We aim to get rid of the language barrier a person would be fixed with when learning about Bitcoin (and all the other interesting aspects of the technology).

Bitcoin transactions on Machankura are done via the Lightning Network, a payment channel built on top of Bitcoin blockchain to facilitate faster and cheaper transactions.

You can access Machankura in supported countries by dialing a USSD code. When you dial the code for the first time, a custodial Bitcoin wallet that is tied to your phone number is instantly created for you. You are required to create a PIN that will encrypt your wallet and will also be used to confirm all future transactions on Machankura.

Once your wallet is created, you will be able to send and receive Bitcoin, spend Bitcoin by buying talktime or data, pay for electricity (via Lightining Watts in South Africa) and see exchange rate between Bitcoin and your local currency. It is also possible to redeem Azteco vouchers in all supported countries and Flash 1Vouchers (only in South Africa) directly into your Machankura wallet using the Azteco Voucher “reference code” found at the bottom of the voucher, or the 1Voucher PIN code. In addition, you can send Bitcoin from other wallets such as Blue Wallet and Wallet of Satoshi to Machankura.

Machankura is a fully custodial bitcoin and lightning wallet. Self custody (non-custodial) wallets are considered to be the best wallets for safely storing your Bitcoin. Fortunately, Ngako said, “Over the long term, the project aims to give its users the ability to self custody Bitcoin (even on devices without an internet connection).”

Machankura is free to register and use in all the countries where it is available. You will not be charged any fees to receive Bitcoin. However, there is a 1% fee to send Bitcoin to any lightning address in order to keep Machankura’s lightning nodes online and support the development and scaling efforts.

On November 8, 2022, Machankura announced that as of 10 November, 2022 the Machankura USSD service will only be accessible in Ghana, Namibia, and South Africa. Machankura users with internet connected devices are encouraged to use the Machankura web interface to maintain access to their funds without USSD. This is because the USSD gateway service provider has increased the requirements for “cryptocurrency” use cases of USSD infrastructure to maintain their good standing with the regulators.

You can use Machankura in the following countries.

Machankura is currently the most advanced solution that promotes Bitcoin adoption among people without smartphones or internet access on the continent. The developer is optimistic about the future of Bitcoin in Africa, and says they will also be expanding to the Francophone countries. He adds: “We already see quite a lot of projects pop up and make huge strides in making Bitcoin more accessible. In the future I foresee Bitcoin being the most adopted technology across the African continent.”

“Bitcoin, being an open and permission-less technology means there is no telling how people would use it once they spend the time to figure out how it works. I would like to challenge anyone reading this to dedicate some time to learn how Bitcoin works and see what amazing things they could build for themselves using the technology.”

Andy is a sociologist researcher, as well as an established journalist and blogger from Africa. Since 2019, he started getting to know the African Bitcoin community, and getting actively connected with different Bitcoin related projects and initiatives in Sub Saharan Africa. First-hand access to the growing Bitcoin-only community in the region. Follow him and be sure to contact him if you have a project yourself you would like to be featured. Please, subscribe to our newsletter.